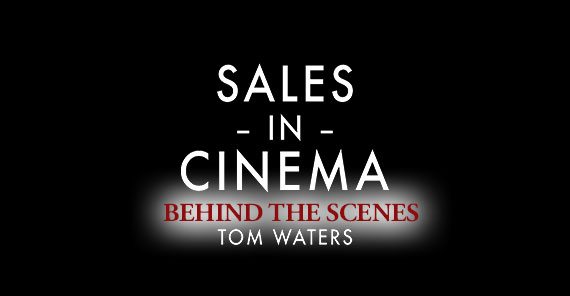 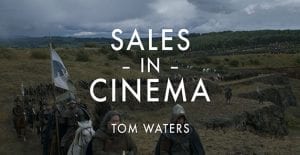 If you haven’t seen it yet, click here to view our third episode of Sales in Cinema! This blog post is a supplement to the topics outlined on our YouTube channel.

I’m sorry to say, I will likely never do a TV show for Sales in Cinema ever again.

Too much content, too many ideas and spoiler warnings makes for extra work and limited engagement.

But I still freakin’ love Game of Thrones. No regrets.

There’s so much strategy, rhetorical persuasion, and authoritative brand building I just had to explore it.

It was the remarks of Tywin Lannister that inspired me to take a deeper look at the show’s lessons.

Do you really think a crown gives you power?

Persuasion Strategies from Game of Thrones

Over 2300 years ago, the famous philosopher Aristotle wrote a book called Rhetoric that boils down the core concepts of persuasion to three fundamental principles. Its teachings are still relevant thousands of years later. In order to be an effective influencer, you must appeal to one or all of these three principles.

Represents the credibility, morals, and ideals of a person or brand.

The Ethos of a person or group defines the spirit of their mission or values. It is the foundation of credibility and can be effectively called upon to convince your audience that your arguments are worth listening to. Tyrion called upon his Ethos in the scene analyzed from our Sales in Cinema episode 3 .

Additional lessons from the Tyrion Scene include the following:

Appealing to an audience through the use of logic, evidence, and premise.

In our analysis, we posit that Ethos carries more weight for influence than the other two tenets of persuasion. Influence and persuasion rests largely upon whether or not your audience believes you are a credible source.

Tyrion had the luxury of calling upon his family Ethos in order to solve a problem.

Daenerys of House Targaryen comes from a fallen household. We are able to see her creative method of developing her credibility despite her fall from nobility. She focuses on her accomplishments:

I am Daenerys Stormborn of the House Targaryen, First of Her Name, the Unburnt, Queen of the Andals and the First Men, Khaleesi of the Great Grass Sea, Breaker of Chains, and Mother of Dragons.

That’s a mouthful. But she’s using the resources available to her in order quickly establish widespread recognition of her authority. Through her creative use of brand building, she builds a name for herself among the slaves across the Eastern continent. This method of appeal provokes the third tenet of persuasion:

An appeal to emotion.

We outlined Ethos as the most important element of Rhetorical Persuasion because it serves more than one purpose.

Want to join the discussion?
Feel free to contribute!

Owner at Everyday Sales
Everyday Sales is an online resource for sales and business education. We expose the psychological exploits used in sales and marketing to empower our clients to become better professionals. Our feature content includes Sales in Cinema, Cognitive Biases in Business, Logical Fallacies in Business, and Quotes Deconstructed.